It’s been ages since I got to do any work on the table, but things have started up again over the weekend – I’ve reduced my work hours over the next month, and have (hopefully!) finally started to recover from a few weeks of illness.

I have now added the retainer walls to separate the low and high ground, and built some stairs to connect the two. When I realised how big the stairs would be, I decided to break them up into two short flights + flat areas large enough for a 50mm base. That way, there will be less confusion over where a model actually sits: each section of stairs only runs for about 1″, and it’s now possible to sit a model halfway up. 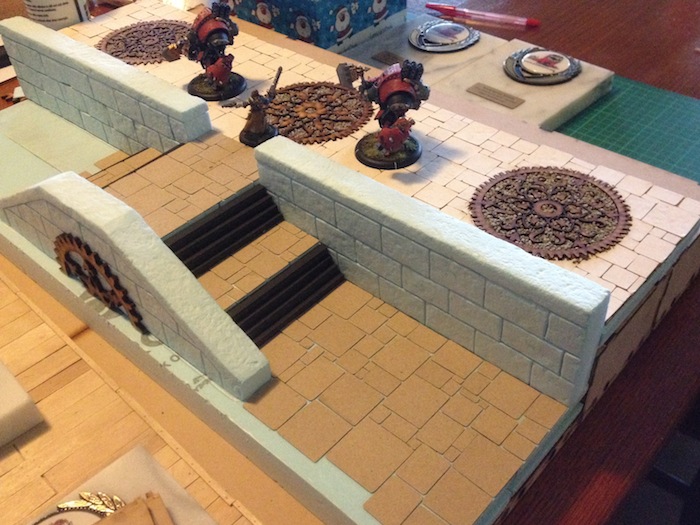 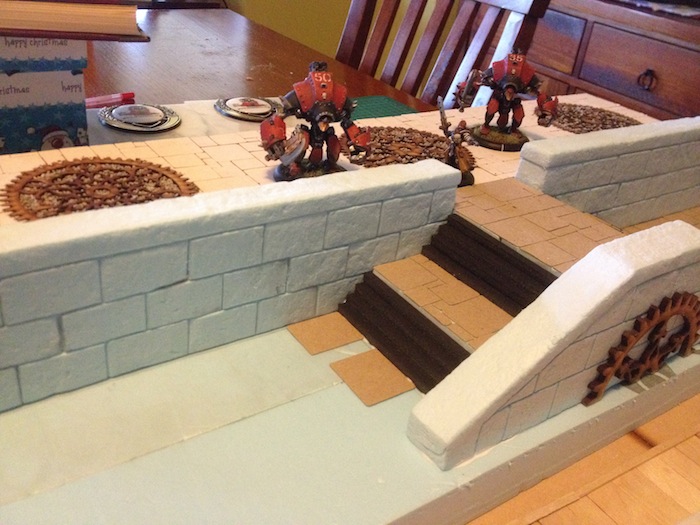 Next up: finish the ground texture, and move on to the buildings. I’ll try out a few ideas for the dock, too – it will eventually be glued down onto the edge of the paving shown in these photos, but needs to be kept separate for now so that I can paint and texture the water areas.

It looks like the total width of exposed water will be 50mm, which is good – just enough space to fit a 50mm base, in case anyone ends up slamming or throwing a heavy warjack off the side… 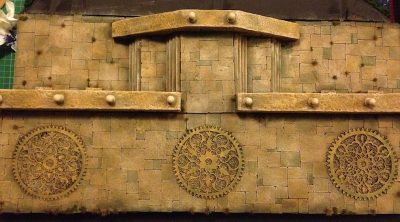 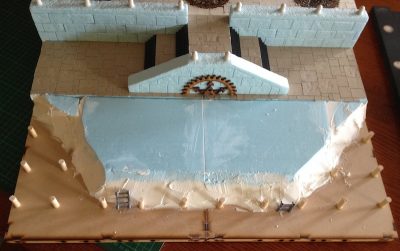 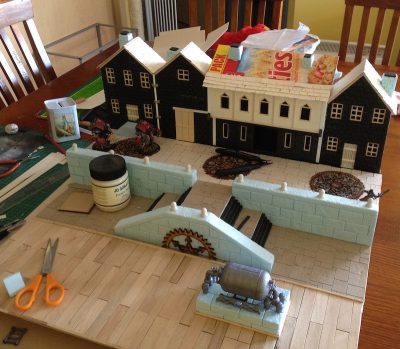